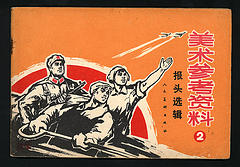 Google “social media” and the Wikipedia entry comes up first.

But Wikipedia is wrong. Here are 9 ‘awesome’ definitions of social media:

Have a great week!