Social media is very much of the here and now. It is the newest of the new.

Still, certain figures from the past would have grasped, employed and benefited from these channels were they alive today.

Here’s a list of folks from the past that I believe would have harnessed the power of social media. Below, I outline what  these individuals might have used social media for, and what their preferred spaces would be. If you have other historical figures to add, or disagree with my choices, please leave a comment.

1) King Henry V of England – Facebooker and Youtuber. Henry V is famous for nearly conquering all of France. His most famous victory was at the Battle of Agincourt, where, showing that he understood the application of new technology, he deftly employed the longbow to crush the calvalry-centric French Army. This comfort with new technologies would have made Henry a natural at social media.

How would Henry have used social media? Henry V would have harnessed the training power of sites like Youtube. He’d use it to disseminate video content about best practices in longbow archery. He’d also employ Facebook to help raise armies and spread information about upcoming campaigns in France.

2) Gandhi – blogger extraordinaire. The Mahatma was a genius in so many ways. At the bedrock of his success was an extraordinary ability to connect and inspire – both keys to success in social media.

How would Gandhi have used social media? My sense is Gandhi’s ahimsa philosophy would have been powerfully communicated via regular blog posts. The Mahatma would’ve been amazed by the power of video blogging to showcase his ability as a speaker. Bottom line, this dude’s RSS feed would have had millions of subscribers. Barack Obama is the penultimate example of a politician using social tools, but Gandhi – had these tools been around in his era – would have schooled Obama.

3) Betty Paige queen of Flickr and Youtube. This gal spent a good chunk of her career “feeding the long tail” with bondage and fetish content. She would have thrived today – an era where servicing niche communities is more important (and lucrative) than ever.

How would Betty Paige have used social media? Paige would have been iJustine or Marina Orlova on steroids. Sites like Flickr, Facebook and Youtube are playgrounds for quirky exhibitionists. Each of these spaces was made for the Notorious Ms. Paige. 4) Ferdinand Magellan – Foursquare and Gowalla hero. Magellan’s voyage from 1519-1522 was the first to circumnavigate the Globe. He was an explorer, an adventurer and a man clearly comfortable with the new and unknown. These qualities – especially his ability to handle the new and unknown – would have served him well in the ever-changing, always new world of social media.

How would Magellan have used social media? Clearly location based services like Foursquare and Gowalla are a perfect fit for inveterate wanderers. Magellan could have regularly checked in via these tools and placated his benefactor, Charles of Spain.

There’s little doubt that Magellan would quickly unlock Foursquare’s “Explorer” and “I’m on a boat” badges! 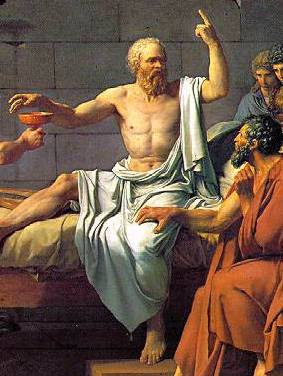 5) Socrates – Tweet freak. Socrates was a habitual sharer of thought and knowledge.In this he shares a trait with many of today’s social media enthusiasts.

How would Socrates have used social media? Twitter and Socrates would have got on famously. However, unlike today’s oversharers (hello Robert Scoble), the ancient Greek philosopher would have actually tweeted real wisdom instead of when his next bathroom break was coming. Reducing complex thought to 140 characters is never easy, but Socrates would school us all I am sure.