Going guerrilla against cancers below the waist 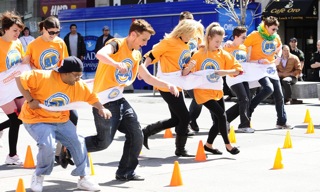 This is me examining my 9 to 5 work. It’s not a shill-fest. Nor does it represent the views of my firm or my clients. This is just me talking, got it?

My hope is that this little dissection will help you with your guerrilla marketing initiatives.

My group did a stunt yesterday in Toronto. It was part of a broader public launch for the Underwear Affair. We’ve got four similar events this week in Ottawa (today) and Edmonton, Calgary and Vancouver (on Thursday).

The Underwear Affair aims to raise money for cancers below the waist (colo-rectal, ovarian, prostate, cervical, endometrial etc). These diseases are often deemed taboo due to where they occur on the body and so the Affair, with its zany brand persona, is a great way to get people thinking about early detection.

As a PR person/marketer, my fave thing about the UA is its stunt-friendliness.

Let’s take a closer look at things. The guerrilla event in Toronto, which you see pics of in this post, was a resounding success.

Here’s what I was pleased with: 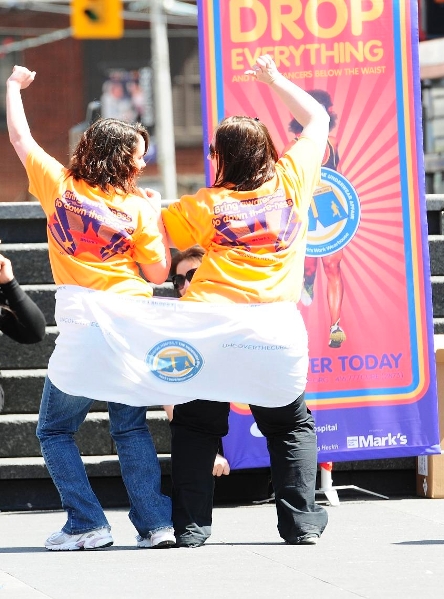 That’s a very prelim analysis for now. I am sure I’ll have more to say as we get a fuller picture and complete the other four guerrilla initiatives over the next four days.

If you want to give back and have fun doing it, visit www.uncoverthecure.org and sign up for this awesome event! 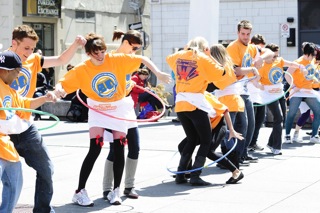 UPDATE: On Sunday, I found out this stunt had been covered on CNN. Great news for us! The link is here but scroll forward to the 45 sec mark.