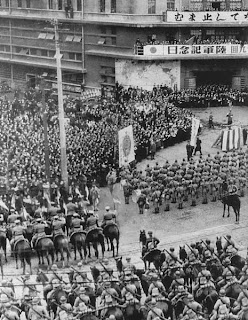 When it’s time to produce a piece of written content, one of the obvious variables is finding a skilled writer to pen the thing.

The need for a “skilled writer” usually means that people whose job description involves writing are tapped. It makes perfect sense.

I’m here to tell you, don’t discount the non-writers in your community. Don’t make the mistake of not tapping someone who has a great story just because they don’t write regularly or all that well.

The latest posting on the group blog I run on the interplay of food and life in Montreal, written by friend Alex. He’s a restauranteur and must’ve told me 8 times before the post “Yo man, I ain’t a writer.” He isn’t.

But, his story is from the heart and could not be more authentic. In his blog post, Alex talked about the neighbourhood he’s lived in for 28 years, how it has changed, and how he and his brother try to bring their multiethnic backgrounds to bear on their cuisine. It was the perfect fit for the Ici et here forum we curate under the banner of FAIT ICI.

The language of Alex’s post is simple and plain, and won’t win praise from English majors. But who cares? The proof is in the analytics pudding. And though, unlike most of the other bloggers on Ici et here,  he has no online rep or profile to speak of, his post has received slightly above normal traffic. Why? Because it is GOOD and struck a chord with the readers of the blog.

Writers and publishers tend to obsess over quality writing. They should. However, sometimes less than perfect but with a great story works too. This is especially true in the era of social media where authenticity of voice matters.

To be clear, I am not saying publish crap that reads like a fourth grade essay.

When you deal with folks who are not super skilled writers, first  suggest using another medium. If they insist on using text, give yourself time to edit their work, explain the editing process to them,  and make sure you preserve their voice. Simple stuff, but sometimes harder for pro wordsmiths to actually do.

There are tonnes of great stories out there. Don’t leave them untold because someone is a less than amazing writer.